Named the 2018 Restaurant City of the Year by Bon Appetit, Portland Maine is home to many extraordinary restaurants to say the least. At LeRoux Kitchen, we are very lucky to not only be able to eat at these fantastic local restaurants but also be able to forge meaningful relationships with restaurant chefs and staff.

We recently had the opportunity to visit Sur Lie, a renowned American contemporary tapas style restaurant in the heart of Portland’s Old Port (located just a couple minute walk away from our Portland store), to see firsthand how they use our JK Adams Artisan maple serving boards to present their ever popular cheeses and charcuterie. We sat down with Co-Owner Krista Cole over a custom Old Fashioned cocktail, which features our LeRoux 18 Year Traditional Balsamic, to learn more about the restaurant and talk plating basics. 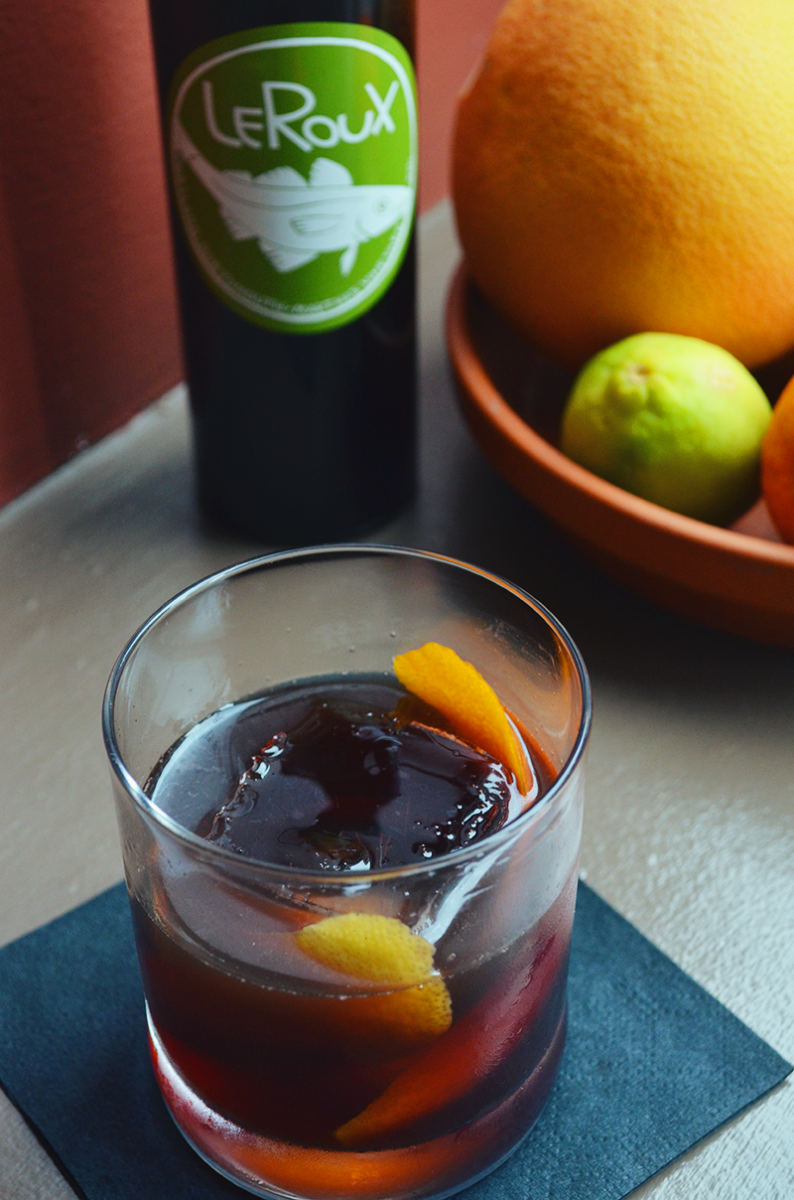 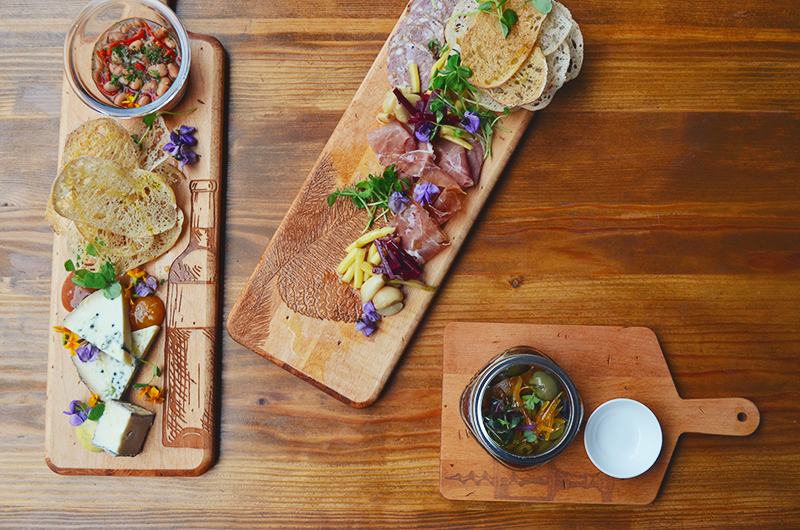 Tell us more about Sur Lie and how you got started.

We spent years talking about having our own restaurant.  He's been in the business his entire life from dishwashing to general management.  At the time, traveling nursing had brought me to Denver, CO where I stayed for a number of years.  I went back to graduate school for business and entrepreneurship.

We'd visit Maine yearly and in 2012 we were struck at how the restaurant scene in Portland was coming into its own.  There were some cool things happening.  It was now or never.  We moved back after I finished my master's degree in the spring of 2013.

We met our Executive Chef Emil Rivera in the spring of 2014.  Emil met his wife Katy living in Washington, DC  where he spent four years working with Jose Andres’ ThinkFoodGroup at the flagship Spanish tapas restaurant Jaleo. He was a critical part of the team responsible for the 3.5 stars Jaleo received in the city’s highly anticipated Washington Post’s Fall Dining Guide in 2012 (Tom Siestma, critic).  We hit it off immediately and his food blew us away.

Sur Lie opened in the fall of 2014.   Since then, we've been named one of Maine's Best New Restaurants by Downeast Magazine.  I was personally recognized by the Maine Restaurant Association as a "Rising Star" in the Portland restaurant scene.  We were also invited this past March to cook at the James Beard House in New York city which was an absolute honor. 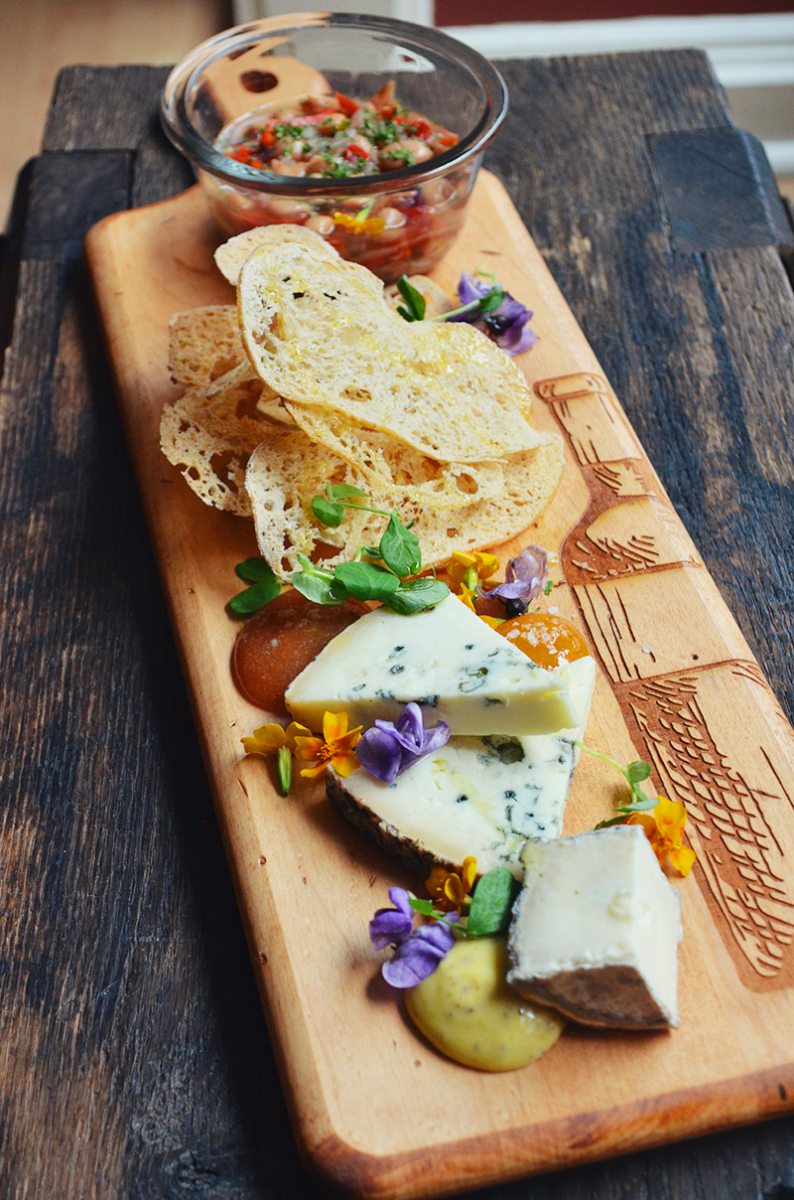 Where do you source your cheese and meats for your charcuterie boards?

At Sur Lie, we have been blessed with a plethora of food artisans from Maine. We work with Smith's Log Smoke House in Monroe, ME for some of our fresh and cured sausages. For the Pastrami Salmon Mi-Cuit, we prepare it in-house using very fresh Maine or Faroe Island fish depending on its availability, brought to us by Harbor Fish Market. The Prosciutto Americano, being the only item in our board that is from out of state, is like it's a phenomenal piece from La Quercia, a salumi making company based in Norwalk, IA.  As far as our cheese selection, they are all locally made by very talented cheesemakers. We use Spring Day Creamery Rendezvous, Balfour Farms Gouda and Barred Owl Organic Blue.

What are your suggestions for building a charcuterie board at home? Can you describe what goes into building a board?

I believe that food should be delicious and playful. When building your board, make full use of flavors and textures that contrast and compliment one another, like salty charcuterie with dried fruits or assorted pickled vegetables. Avoid piling too much food on top of itself, nobody wants to fight a mountain of expensive, paper thin ham that has stuck together by its own weight. Be plentiful but in variety like nuts, crackers, bread, jams, and fruit but don't get out of control with the meat and cheeses. You want to keep that part to a few of each, not every option available in the market and in larger quantities than everything else. Just get what you like, maybe explore a little, get some friends together and have a blast! 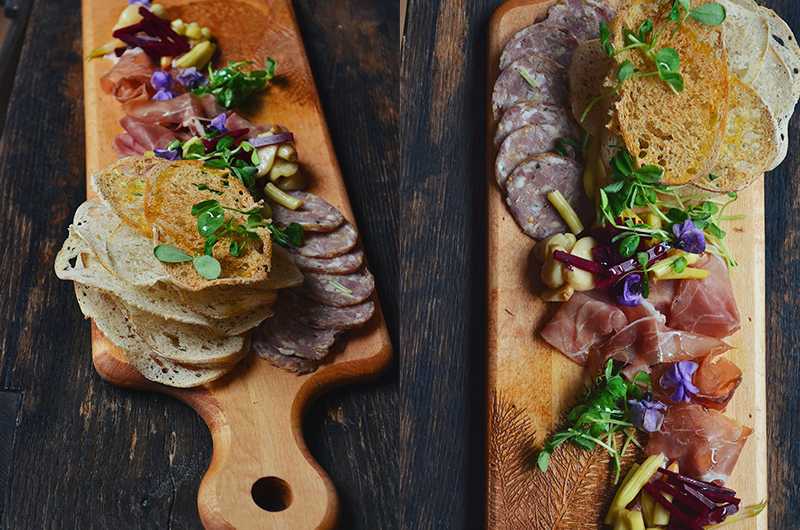 What do you wish more people knew about Sur Lie?

We are a great hidden gem. Away from the beaten path and perfect for before and after shows bites and drinks. Great for private events and hosts of some of the most amazing Beer and Wine paired dinners.

Are there any upcoming events/menu items people should be aware of?

We are celebrating turning four on Monday, October 15th.  We are hosting a family-style beer dinner with Allagash.  It's a small, intimate event with the chef and brewers presenting the food and beer.  Tickets are $75 per person which includes beer and food pairings.  Folks can call Sur Lie directly to reserve a space.  From Oct to April we host a beer dinner a month with local breweries so stayed tuned for more!

Entertain How to Build the Ultimate Cheese Board 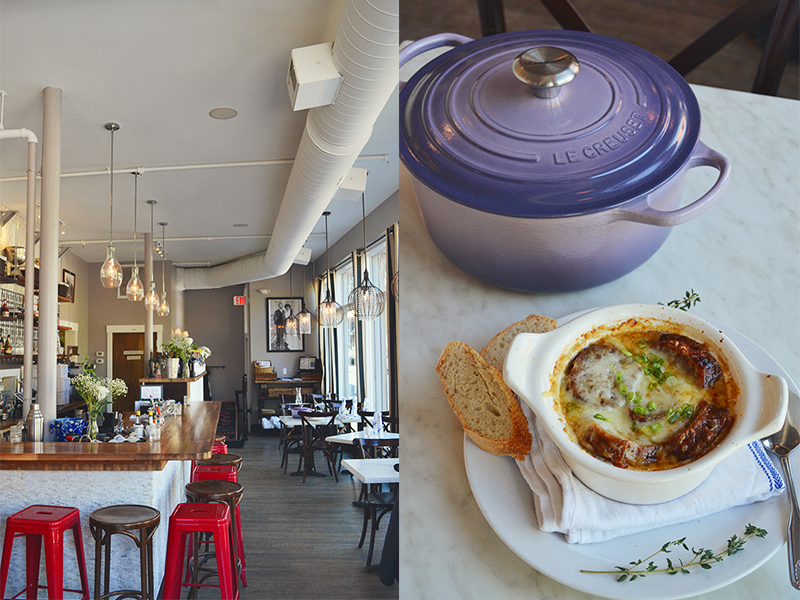 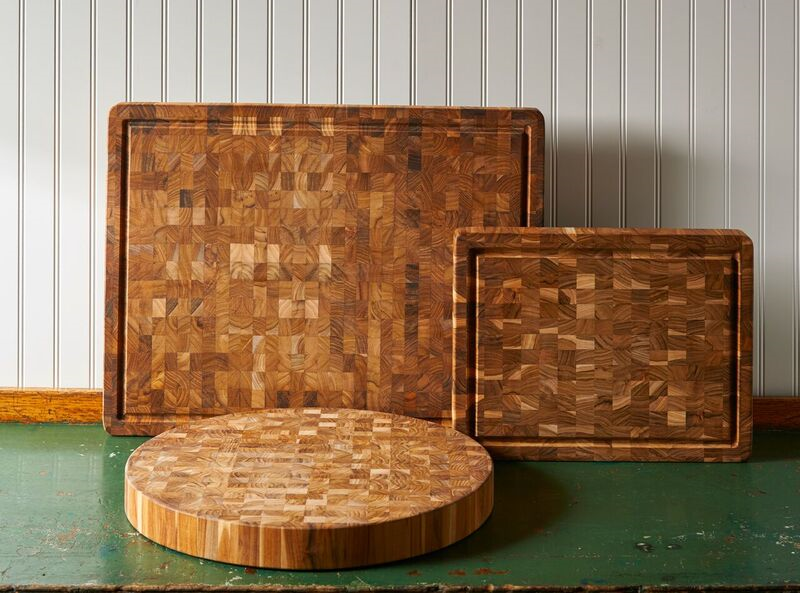 Learn How to Care for Your Wood Cutting Board
Highlights: